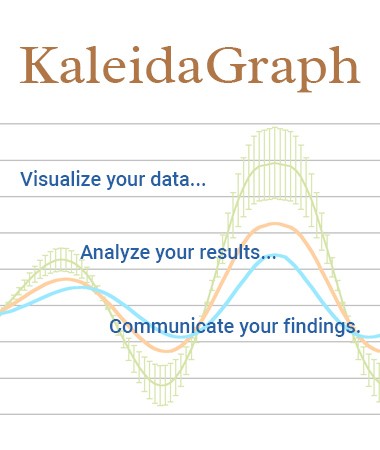 Open Excel files directly or import data from a text file, with the ability to specify the structure of the text file. Display your data using one of over 25 plot types, including a variety of Line, Bar, and Statistical plots.

Explore, analyze, and learn from your results

Use KaleidaGraphs powerful nonlinear curve fitting to define and fit your own equation, apply one of our Least Squares fits, or use one of our smoothing fits to help improve the display of your data. Add error bars in almost any way imaginable.

Communicate your findings, clearly and convincingly