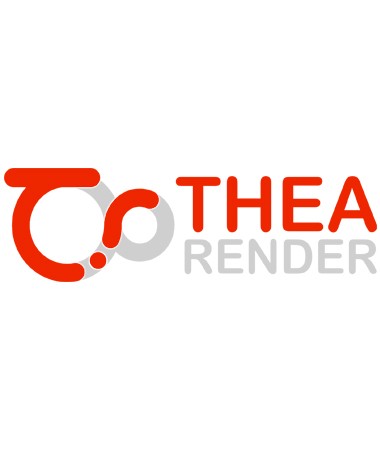 Thea Render is a physically-based global illumination renderer of high quality. It is a unique renderer that is able to render using state-of-the-art techniques in Biased photorealistic, Unbiased and GPU modes.

Thea Presto is an advanced rendering engine that has been written from the ground up and is optimized for simultaneous GPU (NVIDIA & AMD) and CPU execution, maximizing your computing power. The engine has been tuned for fast, interactive rendering. This pushes GPU+CPU computing to the limits while keeping the high photorealistic quality of Thea Render.

In Thea Render, we have created a compact number of highly realistic materials using the most accurate physically based models. These models are designed to produce highly energy conservative material combinations.
The physically based material system has features such as an advanced layering system and a spectral color picker that are the heart of the render engine. These features allow realistic and convincing renders to be created.

A strong mathematical framework has been developed leading to a very robust, unbiased core. It can also be considered a light simulation tool, performing calculations in the full visible spectral space (380-780nm) including advanced phenomena like volumetric scattering and spectral index of refraction.