Make hand-held footage look like professionally shot Steadicam in seconds! No need to set tracking points, just analyse the entire shot and get instant results. Even on shots with complex rotation or poorly defined backgrounds. 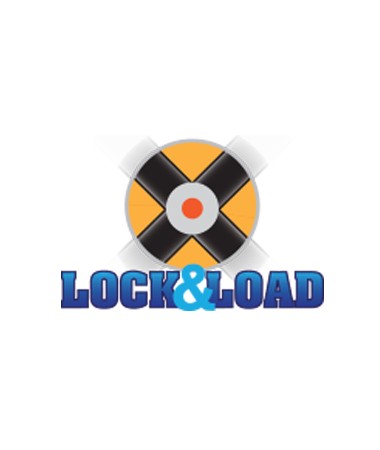 Highlights
Lock & Load is up to 4x faster than the built in stabilizer in FCP X and includes specific rolling shutter camera presets for most 4K and modern cameras. With optimised workflow for 4K in FCP X, Lock and Load will use both GPU on a Mac Pro system.  Lock and Load is frequently updated with new Rolling Shutter presets including the  Sony A7S, Sony AX100, Black Magic Pocket Camera, Panasonic GH4, Canon EOS 6D, RED Scarlet, RED EPIX MX and RED EPIC Dragon.
Lock & Load, the fastest and most powerful stabilizer for FCP X, just even better. (Updated November 2016) We've added support for working directly on multicam clips, batch tracking of multiple clips with one click, and optimised support for MXF and the latest R3D cameras. And if you already own Lock and Load, this is a free update for you.
Full Support for Multicam Clips
Unlike the built in stabilizer, Lock & Load X can be used natively on angles of multi-cam clips. Apply Lock & Load just to a section of an angle that needs stabilizing, or apply Lock & Load within the Angle Editor if you wish to apply it to a complete length of an angle. Both methods are supported.

Batch Tracking
If you have many clips you need to stabilize at once, now you can paste effects or paste attributes to analyze many clips in one go. A huge time saver on many projects. To use batch processing, place lock and load onto onto clip, then select the others you wish to analyse and select either paste effects or paste attributes, you will then see a window asking you if you want to batch process the clips. Once accepting this, the batch tracking window will open and show you the list of clips to be analyzed.